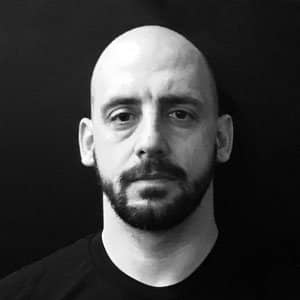 Doug has created a world-renowned system for developing elite hockey players. In the process he has established a culture that not only enhances physical strength and endurance, but also instills the character traits needed to succeed at a professional level, and everyday life.

As an undergraduate student at the University of Lethbridge, Crash was able to focus part of his studies researching hockey player performance enhancement utilizing physiological and psychological development techniques. During this time he began to formulate his coaching philosophies that while since evolved are still impacting his athletes today. In the constant competitiveness of the sport development and athletic performance field, Crash has kept on the cutting edge by never taking anything for granted.

Consulting at all levels from minor hockey to the National Hockey league has given Crash an understanding of the full development track for hockey players, and continues to challenge him in finding the balance for Long Term Athlete Development for today’s hockey player. This topic is one which he has been able to both write and guest speak about in a number of venues across North America.

Crash has been a featured speaker at various lectures and practical sessions for Hockey Canada, Hockey Alberta, Nike Hockey and the Coaches Site. He has been published in Hockey Now, Royals Report, Hockey Calgary and STACK magazines among others. Whether it be speaking to our summer #crashletes, Team Hockey Alberta events or different settings such as guest speaking for junior and minor hockey teams; the opportunity to educate and get the attention of young athletes to spread his passion for the sport of hockey is a responsibility beyond the business that he does not take of granted. “It is an honour to have a committed athlete’s attention when speaking of a means of getting the best out of them. An honour, and responsibility I take serious!” -Doug Crashley

Along with wife Michel, he looks forward to watching his children Isabel and Nathan grow up to be strong, caring humans.

Our experienced and qualified coaches will help analyze and build the right program for each individual and group that trains under our roof. From in-season to off-season development we can help you achieve your goals and needs as an athlete or team.